After a short battle with lung cancer Eric passed in the autumn of 2018. Whilst he is greatly missed by family and friends, his work continues to delight and inspire.

In the words of Eric: In my generation I was not alone in finding refuge in the school art room. The eventful encouragement of developing a portfolio saw me entering the Duncan of Jordanstone College of Art, Dundee in 1963.

On completing four years and one year of post-graduate in drawing and painting I applied and entered The Royal College of Art in 1969. The college opened me up to group shows in established galleries vis a vis Serpentine Hyde Park, Leicester Galleries, Cork Street, Battersea Art Centre and the V&A. Exhibiting expanded abroad to Hamburg and Nykopings Museum Sweden.

The experience of international shows combined with the dawn of family life and the increasingly strained political/social landscape marked a change in my approach to exhibiting with more emphasis on printmaking to produce work of a social commentary.This switch in focus resulted in an exhibition at the Printmakers Workshop Edinburgh in 1983 where the books ‘Clapham Dogs’ and the ‘Last Fandangle’* were included.

Although this show was a success.I was motivated by the idea of using clay as a means of social comment. A grant from the Arts Council enabled the next show ‘At the Shrine of the Thistle ‘ to be created and exhibited at the Collective Gallery Edinburgh 1985. This show caught the attention of the satirical production company Spitting image which led to a week in London observing their practices.

During the early nineties I was increasingly using ceramics in the form of tableau which were low fired and  painted with water based paints. I moved on to making relief panels and tiles using glazes. A renewed contact with Highland Stoneware Lochinver allowed me to experiment with stoneware, porcelain and a variety of glazes and colours as shown in this retrospective of ceramic work. My work with ceramics continues to evolve focusing on social and historical content. 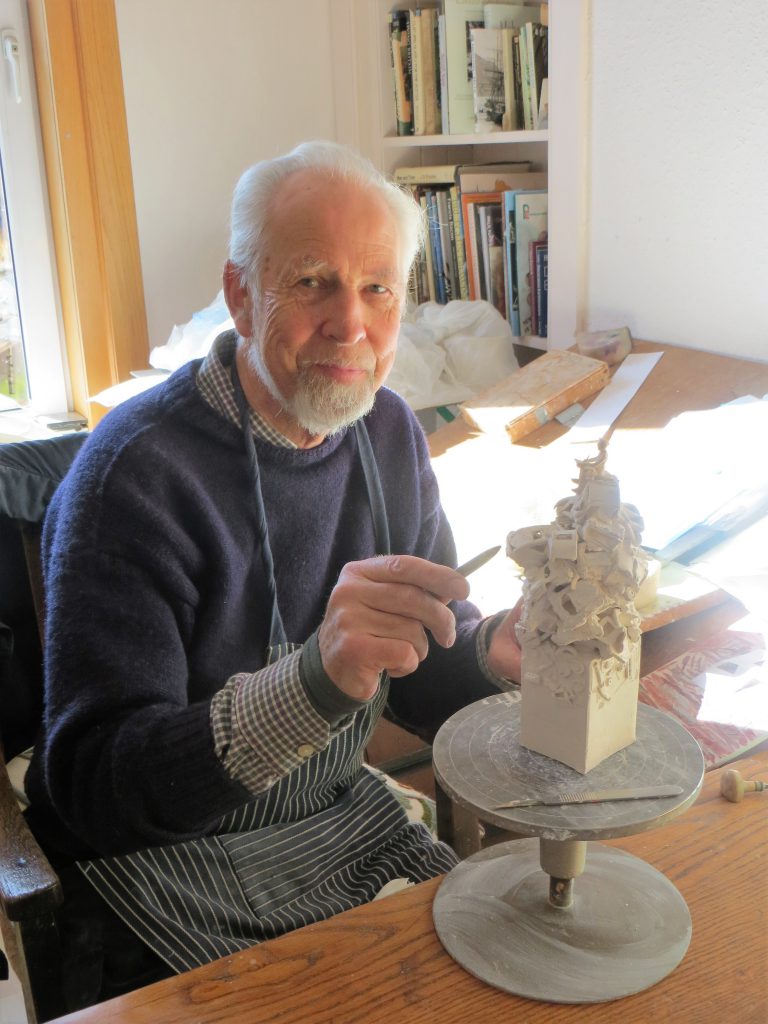